The balanced news feed that doesn't track you 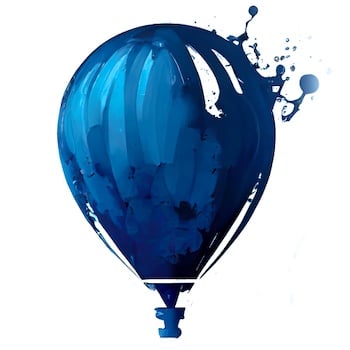 
We will never sell, rent, or give your personal information away under any circumstance.

* Nothing on this website constitutes investment advice, performance data or any recommendation that any particular security, portfolio of securities, transaction or investment strategy is suitable for any specific person. Helium Trades is not responsible in any way for the accuracy of any model predictions or price data. Any mention of a particular security and related prediction data is not a recommendation to buy or sell that security. Investments in securities involve the risk of loss. Past performance is no guarantee of future results. Helium Trades is not responsible for any of your investment decisions, you should consult a financial expert before engaging in any transaction.

* Nothing on this website constitutes investment advice, performance data or any recommendation that any particular security, portfolio of securities, transaction or investment strategy is suitable for any specific person. Helium Trades is not responsible in any way for the accuracy of any model predictions or price data. Any mention of a particular security and related prediction data is not a recommendation to buy or sell that security. Investments in securities involve the risk of loss. Past performance is no guarantee of future results. Helium Trades is not responsible for any of your investment decisions, you should consult a financial expert before engaging in any transaction.

Biden Raises Refugee Cap to 62,500 For the Current Fiscal Year

@ChristopherHahn:Truth is not debatable. It’s just truth. No one but Joe Biden is “The” President of the United States.

According to some commentators, President Joe Biden is turning out to be a quiet revolutionary. After he laid out his sweeping agenda to a joint session of Congress last week, reports described it as an epoch-shifting effort to reset the terms of American political economy, much as Ronald Reagan did in the nineteen-eighties (albeit in the opposite direction). Delivering the Republican rebuttal, Senator Tim Scott, of South Carolina, dismissed Biden’s ideas as a “liberal wish list of big-government waste.” For his part, Biden claimed that his American Jobs Plan, which calls for increased federal spending on transportation, green energy, and scientific research and development, would create “millions of good-paying jobs, jobs Americans can raise a family on.” Biden’s American Families Plan, he said, would provide affordable child care to low-to-middle income families, and also up to twelve weeks of paid medical leave, two years of free community college, and expanded child tax credits that would put seventy-two hundred dollars per year “directly into the pockets” of families with two children.
— (The New Yorker) (May 3)   (Pocket)

President Joe Biden commented on the Republican party in-fighting on Wednesday after delivering a speech on the American Rescue Plan. Q President Biden, you said earlier you “don’t understand Republicans.” THE PRESIDENT: (Laughs.) Q What does it — what does it say about...
— (Real Clear Politics) (May 7)   (Pocket)

GREENVILLE, Delaware — St. Joseph on the Brandywine is an ordinary Catholic parish, except in one respect. About every other Saturday afternoon, Secret Service vehicles surround the church. Armored guards and bomb sniffing dogs patrol the churchyard. A security detail wands down parishioners as they enter the building. And an executive aide stands in the vestibule, ready to play usher for the parish’s most prominent member, President Joe Biden, who is, almost without fail, late.
— (The American Conservative) (May 5)   (Pocket)

Why Do the Bidens Look Giant in Photo With Carters?

On May 3, 2021, a photograph supposedly showing U.S. President Joe Biden and first lady Jill Biden during a visit with former President Jimmy Carter and former first lady Rosalynn Carter went viral on social media. While some appreciated the photo as it showed the current and former occupants of the White House, others shared it because the perspective made the Bidens look giant compared to the Carters.
— (Snopes) (May 4)   (Pocket)

US President Joe Biden has announced a new goal for COVID-19 vaccinations: Having 70% of all adults across the nation with at least one shot by July Fourth, and 160 million Americans fully vaccinated by that date. The pace of vaccination has been slowing, with Biden saying the effort to vaccinate the US is moving into a new phase with three parts: Children, convenience and hesitancy.
— (CNET) (May 4)   (Pocket)

The Red Flags in Biden's State of the Union Address

This Monday, Matt Welch, Katherine Mangu-Ward, Peter Suderman, and Nick Gillespie dish on their least favorite parts of President Joe Biden's State of the Union address and the messaging around the newest coronavirus guidelines. Plus, The Reason Roundtable answers a listener question about the ties between self-proclaimed libertarians and people against the coronavirus vaccine.
— (Reason) (May 3)   (Pocket)

@MarkLevineNYC:NEW: The covid vaccine is now available in NYC to any U.S. resident aged 16+ (Not just people who live/work here any more). So vaccine tourists.... come visit!

STAT+: Biden’s Medicaid pressure tactics could put his team at odds with hospitals

@Swamy39:In view of the situation arising from Coronavirus Pandemic, I suggest that top 6 of the 8 floors[6+ 2 in basement] Party Office building in Delhi be converted into a hospital. BJP still has the old offices in Ashoka Road Govt bungalows which can be used for Party. Noble gesture!!

The Biden administration is excusing top officials from ethics rules that would otherwise restrict their work with large labor unions that previously employed them, federal records show.Why it matters: Labor's sizable personnel presence in the administration is driving policy, and the president's appointment of top union officials to senior posts gives those unions powerful voices in the federal bureaucracy — even at the cost of strictly adhering to his own stringent ethics standards.What's happening: The White House waived some of those rules last week for Celeste Drake, who Biden tapped to lead a new Made in America Office.Drake was excused from ethics restrictions that would've barred her from communicating with her former employers, the AFL-CIO and Directors Guild of America."The successful accomplishment of the mission of the newly created Made in America Office relies on extensive, open and collaborative communications
— (Axios) (May 7)   (Pocket)

The Treasury Department issued new rules intended to make it easier for tenants to benefit from the $46.5 billion in emergency rental aid.
— (New York Times) (May 7)   (Pocket)

Biden administration pushes for diversity in transition to clean energy

NEW YORK (AP) — As the nation pushes to reduce its reliance on fossil fuels and use cleaner energy sources, President Joe Biden’s administration says it wants to ensure diversity among the communities that benefit from the transition and the people who are hired to do the work.
— (PBS) (May 4)   (Pocket)